More on the soon-to-be plateau of CRISPR/Cas9

This week’s post is short, since I’ll be traveling most of next week and needed the weekend to catch up on some data. Following up on last week’s post about the explosion of CRISPR/Cas9, I thought I’d use another RNAi parallel to illustrate what I mean by Cas9 genome engineering becoming commonplace.

Instead of searching anywhere in a paper, here’s what a by-year search for “RNA interference” in just the title of a paper looks like: big spike, then gradual slow decline as the technology becomes commonplace. It’s not that people started using RNAi any less often. In fact, I’m sure its use is only growing. But you don’t put a common technique in the title (even if it’s a linchpin) unless there’s very good reason to do so. 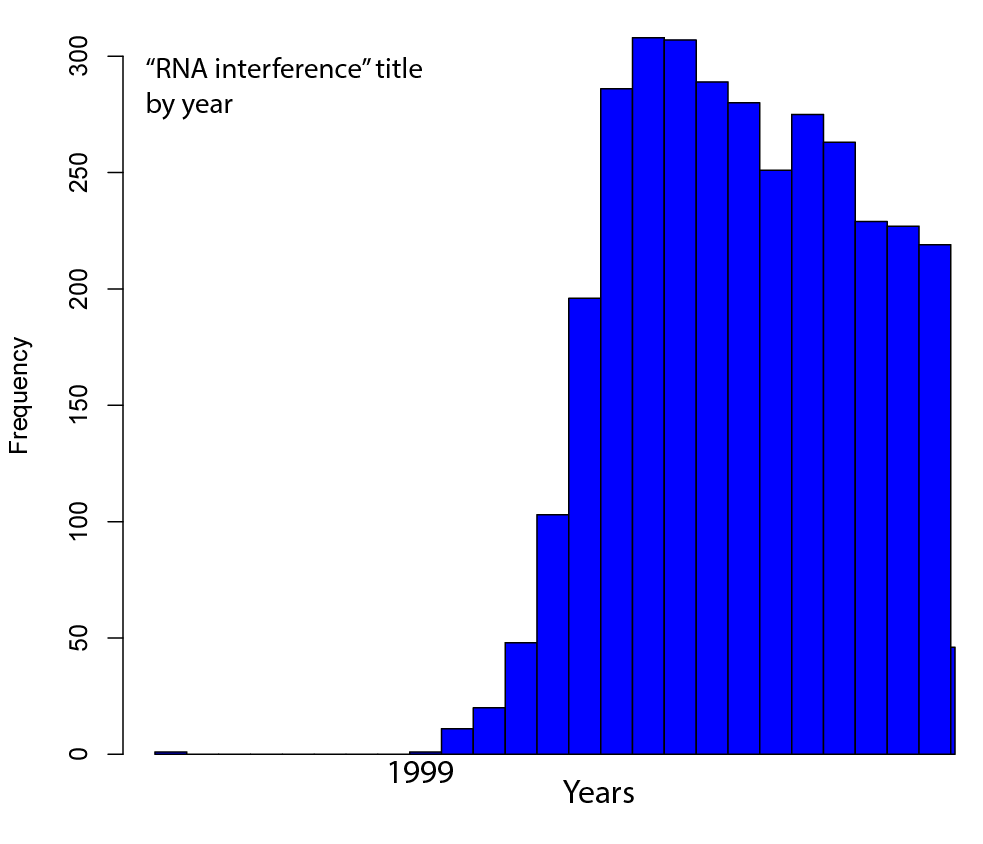 Breaking RNA interference titles down by month looks like this. 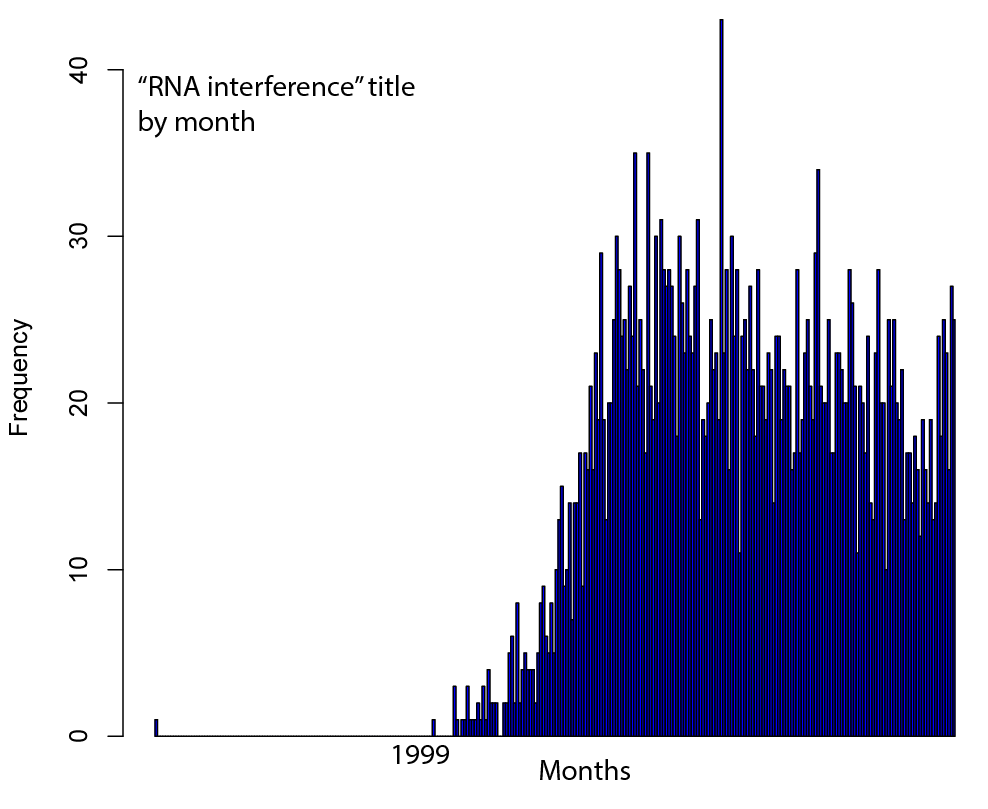 And here’s where we are for “Cas9” in the title of a paper, by month. 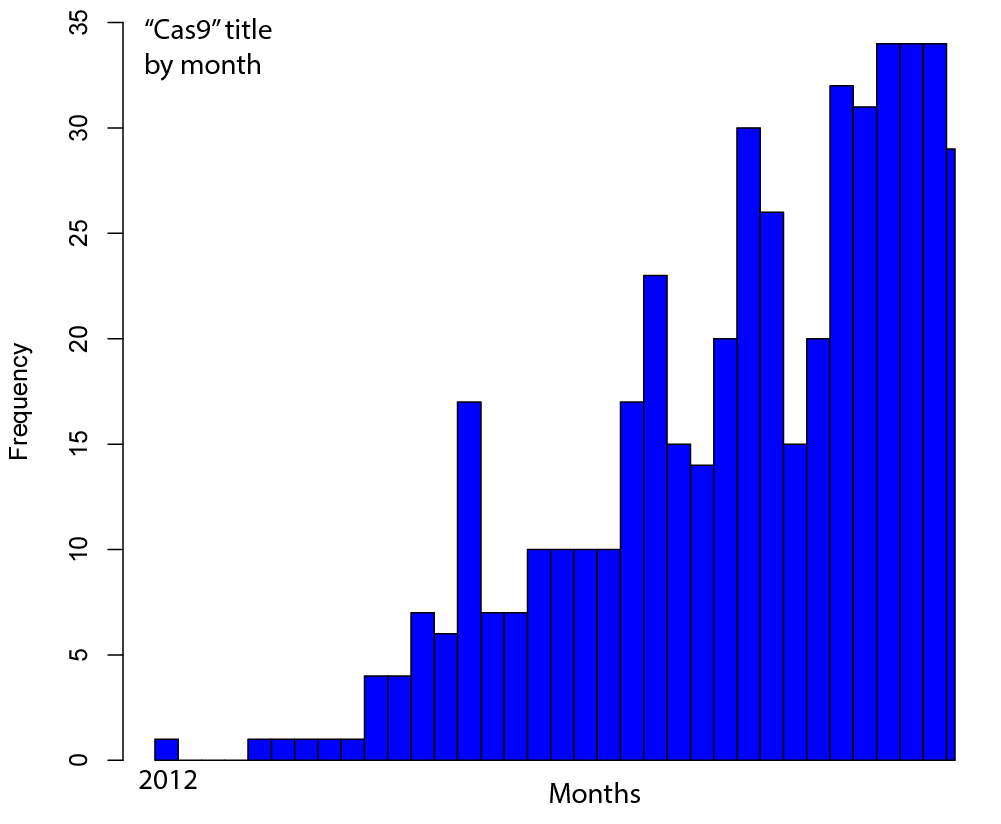 Notice the similarity between the recent number of Cas9-title publications and when RNA interference started showing up in titles less often.  One of my goals at the IGI is to hasten the day when genome editing is something everyone just does.