The University of California, Berkeley, and UC San Francisco are launching the Innovative Genomics Initiative (IGI) to lead a revolution in genetic engineering based on a new technology already generating novel strategies for gene therapy and the genetic study of disease.

The Li Ka Shing Foundation has provided a $10 million gift to support the initiative, establishing the Li Ka Shing Center for Genomic Engineering and an affiliated faculty chair at UC Berkeley. The two universities also will provide $2 million in start-up funds. 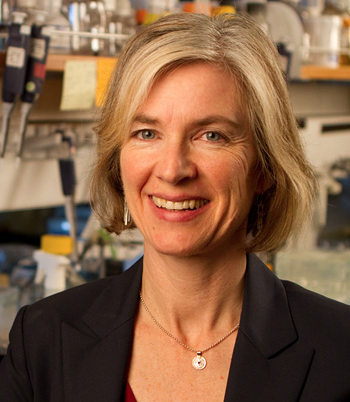 At the core of the initiative is a revolutionary technology discovered two years ago at UC Berkeley by Jennifer A. Doudna, executive director of the initiative and the new faculty chair. The technology, precision “DNA scissors” referred to as CRISPR/Cas9, has exploded in popularity since it was first published in June 2012 and is at the heart of at least three start-ups and several heavily-attended international meetings. Scientists have referred to it as the “holy grail” of genetic engineering and a “jaw-dropping” breakthrough in the fight against genetic disease. In honor of her discovery and earlier work on RNA, Doudna received last month the Lurie Prize of the Foundation for the National Institutes of Health.

“Professor Doudna’s breakthrough discovery in genomic editing is leading us into a new era of possibilities that we could have never before imagined,” said Li Ka-shing, chairman of the Li Ka Shing Foundation. “It is a great privilege for my foundation to engage with two world-class public institutions to launch the Innovative Genomics Initiative in this quest for the holy grail to fight genetic diseases.”

In the 18 months since the discovery of this technology was announced, more than 125 papers have been published based on the technique. Worldwide, researchers are using Cas9 to investigate the genetic roots of problems as diverse as sickle cell anemia, diabetes, cystic fibrosis, AIDS and depression in hopes of finding new drug targets. Others are adapting the technology to reengineer yeast to produce biofuels and wheat to resist pests and drought.

“We now have a very easy, very fast and very efficient technique for rewriting the genome, which allows us to do experiments that have been impossible before,” said Doudna, a professor of molecular and cell biology in the California Institute for Quantitative Biosciences (QB3) and an investigator in the Howard Hughes Medical Institute at UC Berkeley. “We are grateful to Mr. Li Ka-shing for his support of our initiative, which will propel ground-breaking advances in genomic engineering.”

The new genomic engineering technology significantly cuts down the time it takes researchers to test new therapies. CRISPR/Cas 9 allows the creation in weeks rather than years of animal strains that mimic a human disease, allowing researchers to test new therapies. The technique also makes it quick and easy to knock out genes in human cells or in animals to determine their function, which will speed the identification of new drug targets for diseases.

“The CRISPR/Cas9 technology is a complete game changer,” said Jonathan Weissman, codirector of the initiative and professor of cellular and molecular pharmacology in the UCSF School of Medicine. “With CRISPR, we can now turn genes off or on at will. I am particularly interested in using CRISPR to understand the normal functions of genes as well as how disease-causing mutations alter these functions.”

“The main goal of the initiative is to develop the CRISPR/Cas9 technology for applications in human health, and create a library of research resources that will make it available broadly,” Doudna added. “This is an exciting time in science right now, when the cost of sequencing a genome is going way down, to around $1,000 for a complete human genome sequence. Cas9 technology will take genomics to the next level, to enable editing of the genome.”

Doudna noted that UC Berkeley and UCSF have made fundamental discoveries about human disease through studies in organisms as diverse as yeast, fruit flies, zebrafish and rodents. The new technology will help these researchers make the leap from fundamental research in animal models to tests in human cells and tissue and eventually to the clinic, where CRISPR/Cas9 would make human gene therapy simpler.

“We now have a technique to reprogram the software of a cell by editing the genome, which will allow us to conduct genetic manipulations in human cells that we couldn’t do before,” Doudna said.

Applications in human health and beyond

In the past, for example, making a strain of mice with a specific and heritable genetic mutation took at least a year of costly experiments. Using the Cas9 technique, UC Berkeley immunologist Russell Vance disabled a gene in mice that regulates fur color and in just six weeks had a strain of mice with white coats instead of brown. Similar research in animal models ranging from rodents to primates is being done in labs around the world using the CRISPR/Cas9 technology. 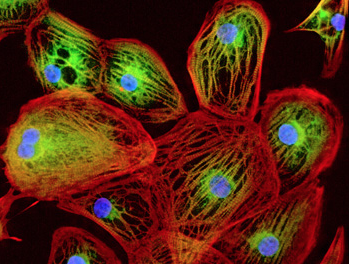 Other researchers have already adapted the technology to reprogram stem cells to regenerate damaged organs, such as the liver, and made attempts to reprogram immune cells to cure AIDS in HIV-positive patients.

Doudna and her colleagues also are building resources and infrastructure for an incubator to assist researchers, postdoctoral fellows and students to spin off companies. This Entrepreneurial Fellows program will coordinate with the QB3 Startup-in-a-Box program to help launch new companies that address important societal challenges and create new jobs in California.

The Cas9 technology adapts a DNA-snipping system used by bacteria to cut up and destroy the DNA of invading viruses. Doudna and colleagues Martin Jinek of the Howard Hughes Medical Institute at UC Berkeley and Emmanuelle Charpentier of the Helmholtz Centre for Infection Research (and formerly of the Laboratory for Molecular Infection Medicine-Sweden) discovered how the enzyme Cas9 works with small RNA molecules to target and cut specific areas of DNA. Jinek and Doudna also showed that the RNA-programmable CRISPR/Cas9 system works in human cells, and is much faster and easier than other genome editing methods.

Initiative codirector Michael Botchan, UC Berkeley professor of molecular and cell biology, is most excited about the potential to explore the 95 percent of the human genome once called “junk DNA” that is now known to contain most of the regulators that turn genes on and off, and may harbor defective genes responsible for many diseases.

The CRISPR/Cas9 technology also allows researchers to disrupt multiple genes or regulatory sequences at once to determine their function and interactions. This kind of research is likely to uncover new targets for drugs, Botchan said.

“The Innovative Genomics Initiative is important not only for discovering new science and new therapeutics, but also for developing new tools for manipulating DNA,” Botchan said. “There are thousands of bacteria and Archaea out there with similar genome-editing systems, and we want to explore them too to find additional tools for genome engineering.”

Li Ka-shing, a Hong Kong-based, self-made businessman and philanthropist, has been a UC Berkeley benefactor in multiple areas. He provided a cornerstone gift of $40 million to establish the Li Ka Shing Center for Biomedical and Health Sciences, which opened its doors in 2012. To date, the Li Ka Shing Foundation has contributed more than $1.86 billion to healthcare and educational initiatives around the world.

When doing genome editing, fixing sequences by HDR is better than breaking them by making indels. If you really want to break something, you could even use HDR...

Welcome to Lena Kobel, who joins the lab as a Cell Line Engineer. Lena has a long history in genome engineering, with previous experience in Martin Jinek’s lab... 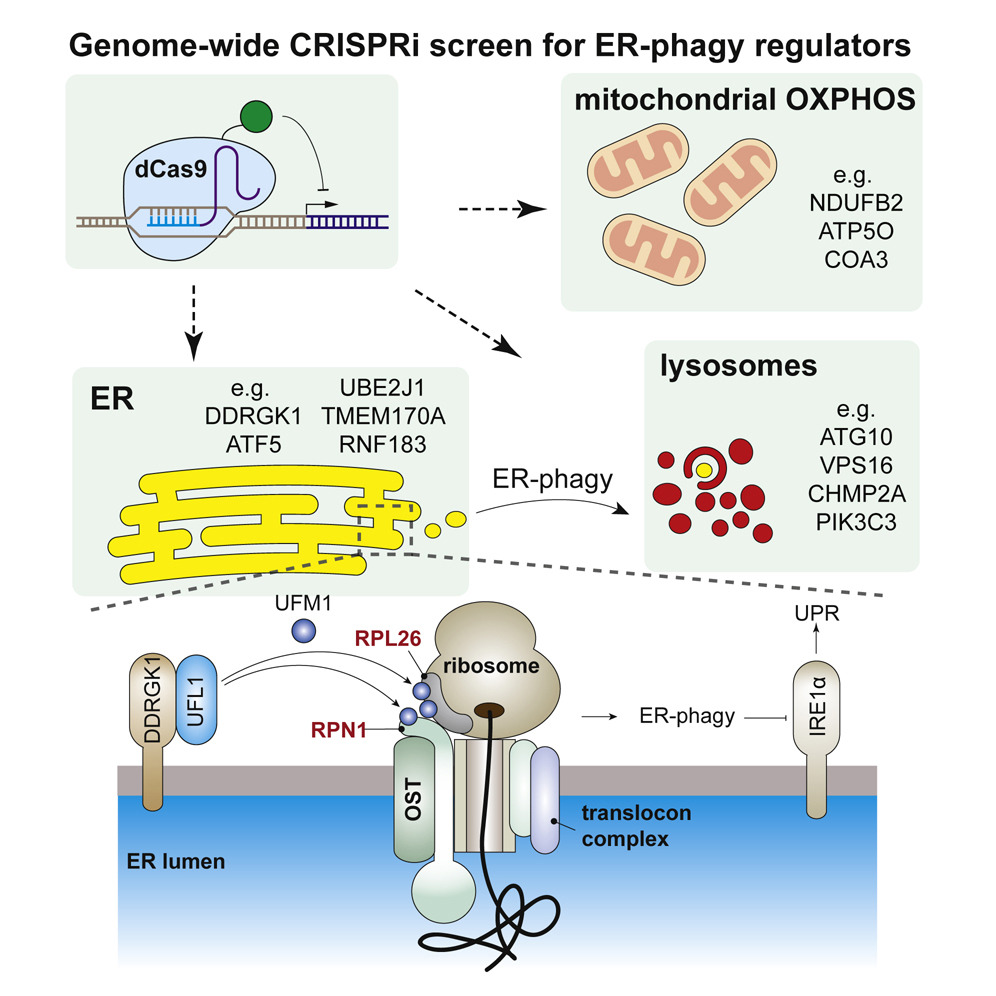 Did you know that cells eat their own organelles? This is best known when damaged mitochondria are degraded by autophagy (aka mitophagy). Failure to perform...