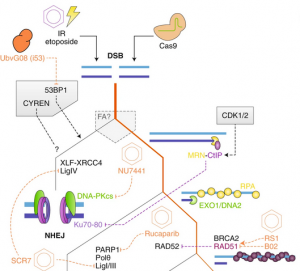 Genome editing is all about DNA repair. So if you want to get your cells to do more of what you want (*cough* HDR *cough), you’d better know how they make ...

Cells have many ways to figure out that something is wrong. One of these is cGAS, which makes a cyclic dinucleotide (CDN) to activate STING innate immune signaling....

Welcome to Zac Kontarakis, who is the head of the new Genome Engineering and Measurement Lab (GEML). The GEML is a new hub, jointly developed by Jacob Corn and...